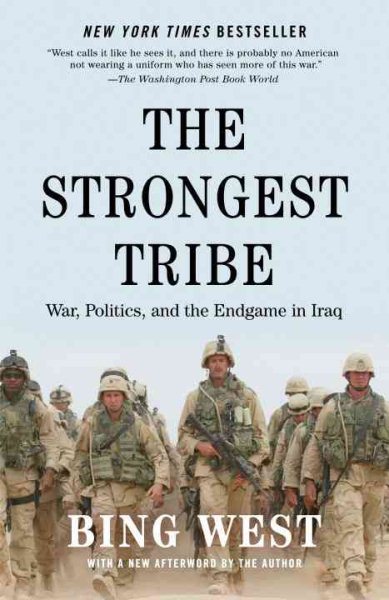 A military journalist examines the changing strategies of the U.S. military in Iraq, arguing that American policies are opening a path to victory and setting the stage for a stabilized Iraq. Read More
In Iraq, America made mistake after mistake. Many gave up on the war. Then the war took a sharp U-turn. Two generals--David Petraeus and Raymond Odierno--displayed the leadership America expected. A universally respected combat journalist provides a history, based on five years of front-line reporting, about how the war was turned around--and the choice now facing America. In the course of fourteen extended trips over five years, West embedded with more than sixty front-line units, discussing strategy with generals and tactics with corporals. He provides an expert's account of counterinsurgency, disposing of myths. During the battle for Fallujah, West asked an Iraqi colonel why the archterrorist al-Zarqawi had fled in women's clothes. The colonel pointedto a Marine patrol walking by and said, "Americans are the strongest tribe"--From publisher description. Read Less

Goodreads reviews for The Strongest Tribe: War, Politics, and the Endgame in Iraq