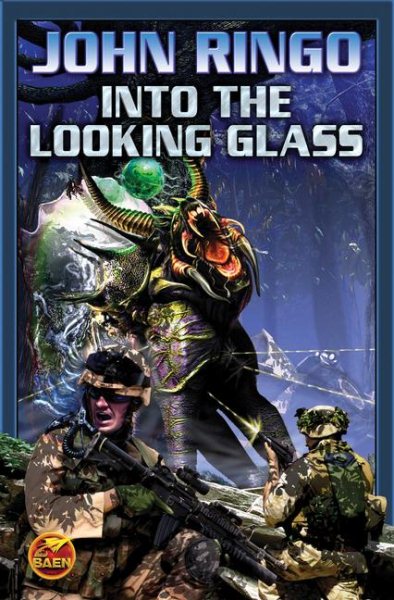 Investigating a mammoth explosion that destroyed the University of Central Florida, physicist William Weaver and Navy SEAL Robert Miller discover demonic alien visitors intent on annihilating all life on Earth. Read More
Baen now launches an exciting new science fiction adventure series by the New York Times best-selling author: When a 60-kiloton explosion destroyed the University of Central Florida, and much of the surrounding countryside, the authorities first thought that terrorists had somehow obtained a nuclear weapon. But there was no radiation detected, and, when physicist Dr. William Weaver and Navy SEAL Command Master Chief Robert Miller were sent to investigate, they found that in the center of the destruction, where the University¿s physics department used to be, was an interdimensional gateway to . . . somewhere. An experiment in subatomic physics had produced a very unexpected effect. Furthermore, other gateways were appearing all over the world¿and one of them immediately began disgorging demonic visitors intent on annihilating all life on Earth and replacing it with their own. Other, apparently less hostile, aliens emerged from other gateways, and informed Weaver and Miller that the demonic invaders¿the name for them that humans could most easily pronounce was the ¿Dreen¿¿were a deadly blight across the galaxy, occupying planet after planet after wiping out all native life; and now it would be Earth¿s turn, unless Weaver and Miller could find a way to close the gateways. If they failed, the less belligerent aliens would face the regrettable necessity of annihilating the entire Earth to save their own worlds. . . . Read Less

Choosers of the Slain (Paladin of Shadows, Book 3)

Unto the Breach (Paladin of Shadows, Book 4)