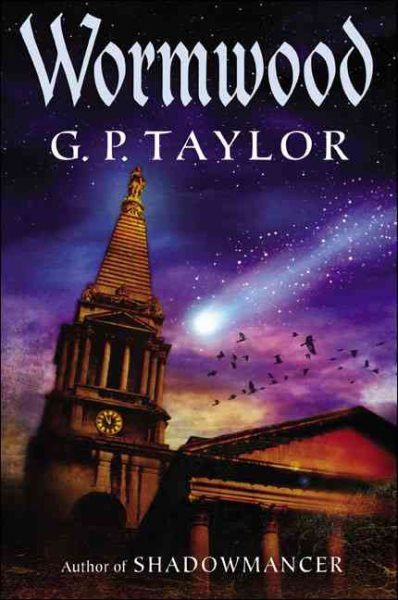 In 1756, as a deadly comet hurtles toward London, Dr. Sabian Blake and his fourteen-year-old housemaid, Agetta, struggle against dark forces that seek an ancient book in Blake's possession that would enable them to carry out an evil plan. Read More
An epic adventure from a master storyteller. Panic fills the streets of London on a night in 1756 when the earth suddenly lurches forward and starts spinning out of control. Within moments, eleven days and nights flash through the sky, finally leaving the city in total darkness. Is the end of the world at hand? Agetta Lamian fears so. She's the young housemaid of Dr. Sabian Blake, a scientist who has recently acquired the Nemorensis, the legendary book said to unlock the secrets of the universe. And what he sees through his telescope confirms what he has read: This disaster is only a sign of things to come. Agetta overhears Dr. Blake's prophecy that a star called Wormwood is headed toward London, where it will fall from the sky and strike a fatal blow. Dr. Blake believes the comet will either end the world as he knows it or hearken a new age of scientific and spiritual enlightenment. Soon even Agetta seems to have been seduced by the book, and whom she ultimately delivers it to will determine much more than just her fate. Read Less