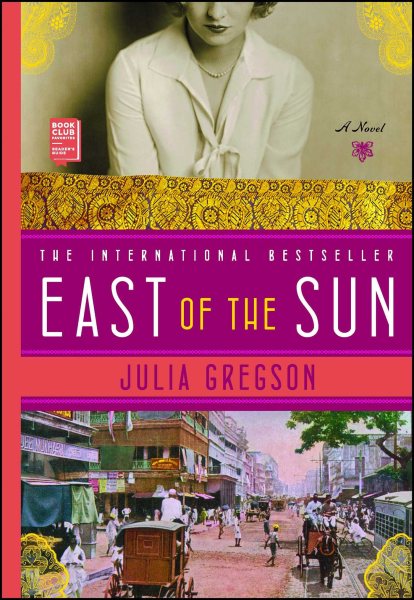 A dubious husband-seeking voyage to 1928 Bombay poses unanticipated challenges for naive Rose, who hopes to marry a cavalry officer with whom she is only passingly acquainted; Victoria, who is determined to lose her virginity before marriage; and Guy, a malevolent and disturbed schoolboy. Read More
From award winner Julia Gregson, author of Jasmine Nights, this sweeping international bestseller brilliantly captures the lives of three young women on their way to a new life in India during the 1920s.As the Kaisar-I-Hind weighs anchor for Bombay in the autumn of 1928, its passengers ponder their fate in a distant land. They are part of the “Fishing Fleet”—the name given to the legions of English women who sail to India each year in search of husbands, heedless of the life that awaits them. The inexperienced chaperone Viva Holloway has been entrusted to watch over three unsettling charges. There’s Rose, as beautiful as she is naïve, who plans to marry a cavalry officer she has met a mere handful of times. Her bridesmaid, Victoria, is hell-bent on losing her virginity en route before finding a husband of her own. And shadowing them all is the malevolent presence of a disturbed schoolboy named Guy Glover. From the parties of the wealthy Bombay socialites to the poverty of Tamarind Street, from the sooty streets of London to the genteel conversation of the Bombay Yacht Club, East of the Sun takes us back to a world we hardly understand but yearn to know. This is a book that has it all: glorious detail, fascinating characters, and masterful storytelling. Read Less

Goodreads reviews for East of the Sun: A Novel

Band of Angels: A Novel

The Raven and the sword