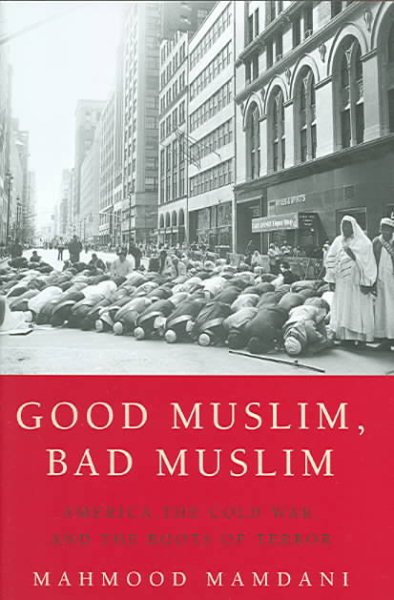 Offers an analysis of the contemporary politics of Islam, examines the roots of modern-day terrorism, and explains why America's rigid supportive policies toward Israel have fueled problems in the Middle East. Read More
In this brilliant look at the rise of political Islam, the distinguished political scientist and anthropologist Mahmood Mamdani brings his expertise and insight to bear on a question many Americans have been asking since 9/11: how did this happen?Mamdani dispels the idea of “good” (secular, westernized) and “bad” (premodern, fanatical) Muslims, pointing out that these judgments refer to political rather than cultural or religious identities. The presumption that there are “good” Muslims readily available to be split off from “bad” Muslims masks a failure to make a political analysis of our times. This book argues that political Islam emerged as the result of a modern encounter with Western power, and that the terrorist movement at the center of Islamist politics is an even more recent phenomenon, one that followed America’s embrace of proxy war after its defeat in Vietnam. Mamdani writes with great insight about the Reagan years, showing America’s embrace of the highly ideological politics of “good” against “evil.” Identifying militant nationalist governments as Soviet proxies in countries such as Nicaragua and Afghanistan, the Reagan administration readily backed terrorist movements, hailing them as the “moral equivalents” of America’s Founding Fathers. The era of proxy wars has come to an end with the invasion of Iraq. And there, as in Vietnam, America will need to recognize that it is not fighting terrorism but nationalism, a battle that cannot be won by occupation.Good Muslim, Bad Muslim is a provocative and important book that will profoundly change our understanding both of Islamist politics and the way America is perceived in the world today. Read Less

Goodreads reviews for Good Muslim, Bad Muslim: America, the Cold War, and the Roots of Terror

Saviors and Survivors: Darfur, Politics, and the War on Terr...

Politics and Class Formation in Uganda