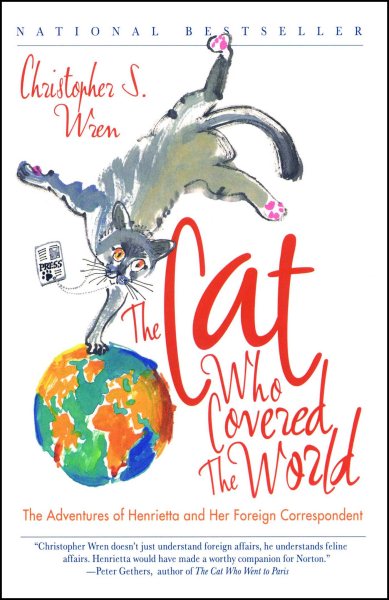 A foreign correspondent recalls life with Henrietta, an ordinary family cat who accompanied him all over the world as he covered important events in Russia, China, South Africa, and Canada. Read More
Henrietta was an ordinary New York City cat until she ventured overseas with foreign correspondent Christopher S. Wren and his wife and children. Over seventeen years and tens of thousands of miles, she became a plucky, indispensable companion for the reporter as he covered world events in Moscow, Cairo, Beijing, Ottawa, and Johannesburg. Wren's often hilarious and sometimes poignant account of an American family's adventures crisscrossing the globe shows them coping with chaos in faraway places -- always with the help of their ever-resourceful feline. The result is a charming tale about a spunky, curious pet who earned the right to be ranked among the world's most widely traveled cats. Read Less

Goodreads reviews for The Cat Who Covered the World: The Adventures Of Henrietta And Her Foreign Correspondent

The Cat Who Covered The World: The Adventures Of Henrietta A...

Walking to Vermont: From Times Square into the Green Mountai...