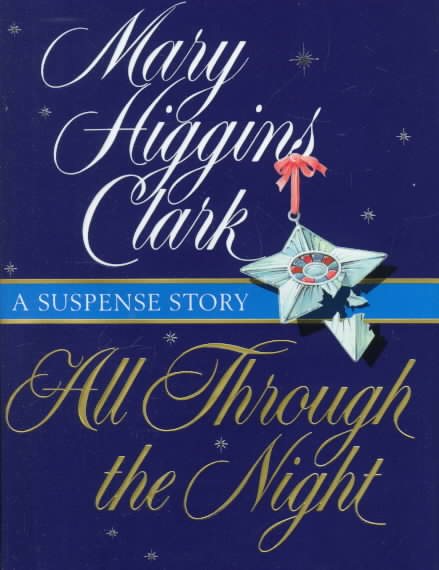 The best-selling author of You Belong to Me and Silent Night presents an inspiring new holiday mystery that features Alvirah and Willy, two popular characters from The Lottery Winner. (Mystery). Read More
A desperate mother. Her missing child. A stolen chalice. With Silent Night, Mary Higgins Clark, America's own Queen of Suspense, gave her readers their best Christmas present ever. Now, with All Through the Night, she once again celebrates the Christmas season with a tale of suspense that will keep readers turning the pages -- all through the night. At the center of the novel are two of Mary Higgins Clark's most beloved characters, Alvirah, the lottery winner turned amateur sleuth, and her husband, Willy, both of them caught up in a Christmas mystery that calls on all of Alvirah's deductive powers, as well as Willy's world-class common sense. The story begins when a young unmarried woman leaves her newborn child on the rectory doorstep at a church on the Upper West Side of Manhattan. At the same moment, inside the church, a young man is stealing a treasured artifact, a chalice adorned with a single star-shaped diamond. Both the infant and the chalice disappear. Seven years later, a few weeks before Christmas, Alvirah and Willy are busy helping Willy's sister Cordelia, a nun who runs a thrift shop that doubles as an after-school shelter for neighborhood kids, prepare for the upcoming Christmas pageant. The future of the shelter is threatened, however, when the city condemns the building for that use, and it is further jeopardized when a nearby brownstone to which the shelter was to be moved turns out to have been willed to a young couple who were tenants in the building. Alvirah refuses to believe that the will is genuine and sets out to prove that the couple are con artists. Soon she is involved in the mystery of the chalice and the child. In All Through the Night, Mary Higgins Clark has fashioned a Christmas gift for all her readers. Read Less

Goodreads reviews for All Through The Night : A Suspense Story