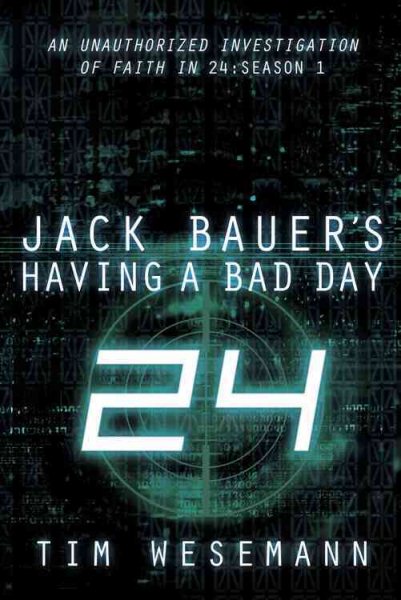 What does God have to do with a secular television show? Discover 24 unexpected and encouraging faith truths from the first season of the hit TV show, 24. Read More
"Right now, terrorists are plotting to assassinate a presidential candidate, my wife and daughter are in trouble, and people that I work with may be involved in both. I'm federal agent Jack Bauer—this is the longest day of my life." ~Jack Bauer (actor Keifer Sutherland), from the hit TV show 24 The popular TV show 24 follows counter-terrorist agent Jack Bauer, in this groundbreaking series, the entire twenty-four-episode season equals one day in real-time. Each chapter in Jack Bauer's Having a Bad Day presents an episode from the first season along with an unexpected faith truth. Using the vivid, powerful drama of a specific scene from each episode, the book engages readers to explore the truth of God relative to core spiritual concepts of faith and apply their findings to events in the very real time of our days. Read Less

Goodreads reviews for Jack Bauer's Having a Bad Day: An Unauthorized Investigation of Faith in 24: Season 1

Book of Cool, The

Lessons in Dadhood from the Father Who Really Knows Best