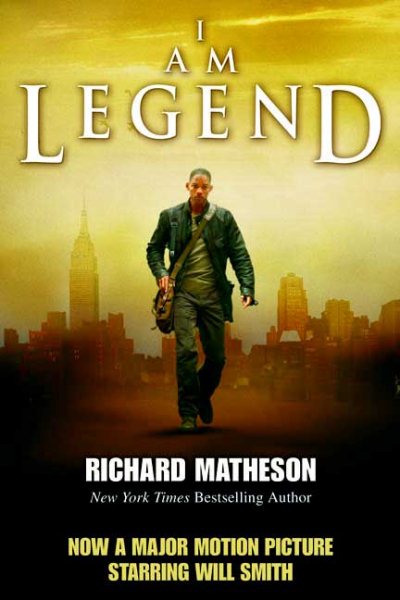 A lone human survivor in a world that is overrun by vampires, Robert Neville leads a desperate life in which he must barricade himself in his home every night and hunt down the starving undead by day. Read More
Robert Neville may well be the last living man on Earth . . . but he is not alone. An incurable plague has mutated every other man, woman, and child into bloodthirsty, nocturnal creatures who are determined to destroy him. By day, he is a hunter, stalking the infected monstrosities through the abandoned ruins of civilization. By night, he barricades himself in his home and prays for dawn.... Richard Matheson’s classic novel has now been transformed by Warner Bros. into a major motion picture starring Academy Award nominee Will Smith. Directed by Francis Lawrence (“Constantine”), the film opens nationwide in December 2007.  Read Less

Goodreads reviews for I Am Legend

The Magazine of Fantasy and Science Fiction - August 1958