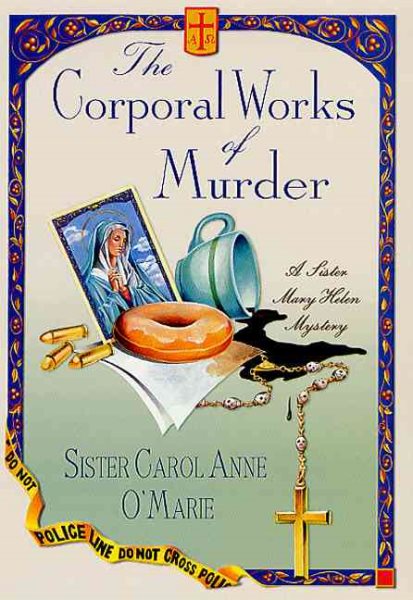 Feeling concerned about newcomer Sarah at the women's shelter, Sister Mary Helen is alarmed when the woman is shot shortly after she leaves and begins a search for answers about Sarah's identity and who killed her. Read More
Poor Inspector Gallagher -- his premonition was right. Sister Mary Helen is once more in the middle of a homicide case. Not that she wants to be. No one would envy the poor nun, who finds herself holding a dying young woman -- shot to death in the street almost directly outside the Refuge for homeless women where Mary Helen volunteers. And even while she grieves over the loss of life, Mary Helen spots something odd about the victim. Although she is wearing near-rags, her skin is unblemished and healthy-looking. Her perfect teeth are white and unstained. She doesn't look like a woman whose life has been spent in poverty, in the streets. Mary Helen's feeling is borne out when she discovers that the dead woman was a Vice Department officer trying to find the people responsible for a neighborhood prostitute ring. And in spite of her own conscience warning her, the old nun feels that since the murder happened in front of HER refuge, it is her duty to find the officer's killer. She justifies this by telling herself that her connections with the women who use the Refuge put her in a unique position to get some inside information about what is going on in their neighborhood. After all, isn't one of the Refuge's very own women, Geraldine, the aunt of Junior Johnson? And isn't Junior just about the most powerful and knowledgeable man in the 'hood? So Sister Mary Helen plunges in, determined to find Sarah Spencer's killer. Her "invasion" of the case enrages Inspector Gallagher, but if she is to succeed, his further fury will be well worth Mary Helen's triumph. The police officers assigned to the crimes that turn out to be "hers" might make a case that someone Mary Helen's age is running a serious risk when she deals with criminals and their world. But the delightful old nun has the weapons of her logical mind, and her determination. And just maybe Someone whom she serves is rooting for her. In any case, she is able to work out of perilous situations, come up with commonsense answers, and gather a huge circle of loving fans as she meddles in murder. Read Less