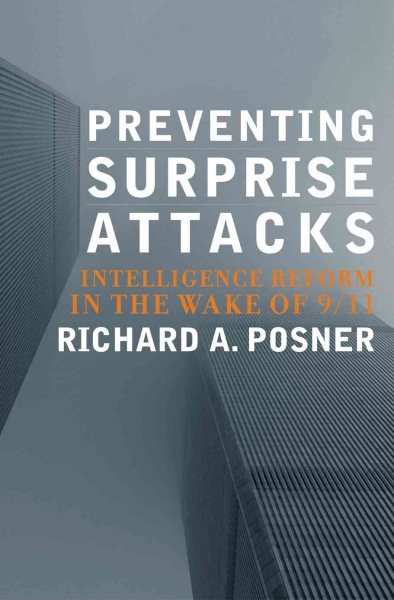 Offers a critique of the 9/11 Commision and intelligence reform. Read More
Richard A. Posner, in the first full-length study of the post-9/11 movement for intelligence reform, argues that the 9/11 Commission's analysis, on which Congress relied, was superficial and its organizational proposals unsound. Posner explains, however, that a ray of hope remains: the reorganization provisions of the new Act are so vague, as a result of intense politicking, that the actual shape of the reorganized system will depend critically on decisions made by the President in implementing the Act. In a searing critique, Posner exposes the pitfalls created by the new legislation, identifies the issues overlooked by the 9/11 commission and Congress, and suggests directions for real reform. Read Less

Goodreads reviews for Preventing Surprise Attacks: Intelligence Reform in the Wake of 9/11 (Hoover Studies in Politics, Economics, and Society)