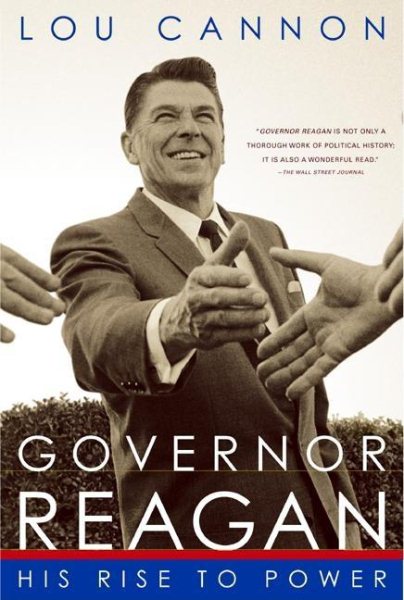 Focuses on Ronald Reagan's career as governor of California and campaigns for the presidency, including his achievements as governor, rumors of scandal, and road to the White House. Read More
In Governor Reagan, Lou Cannon offers--through recent interviews and research drawn from his unique access to the cabinet minutes of Reagan's first years as governor of California--a fresh look at the development of a master politician. At first, Reagan suffered from political amateurism, an inexperienced staff, and ideological blind spots. But he quickly learned to take the measure of the Democrats who controlled the State Legislature and surprised friends and foes alike by agreeing to a huge tax increase, which made it possible for him to govern for eight years without additional tax hikes. He developed an environmental policy that preserved the state 's scenic valleys and wild rivers, and he signed into law what was then the nation's most progressive declaration on abortion rights. His quixotic 1968 presidential campaign revealed his higher ambitions to the world and taught him how much he had to learn about big-league politics. Written by the definitive biographer of Ronald Reagan, this new biography is a classic study of a fascinating individual's evolution from a conservative hero to a national figure whose call for renewal stirred Republicans, working-class Democrats, and independents alike. Read Less

Goodreads reviews for Governor Reagan: His Rise To Power

President Reagan: The Role Of A Lifetime