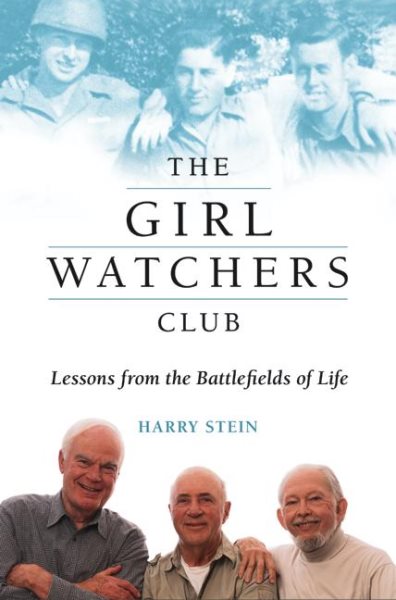 Shares the personal stories and observations of a group of World War II veterans who meet every week for lunch in Monterey, California, including an H-bomb mathematician, a Nazi prison camp survivor, and an electrical engineer. Read More
For nearly four decades, the Girl Watchers, a group of World War II veterans living in Monterey, California, have gotten together every week to shoot the breeze, solving the world's problems and their own. Now in their late seventies and eighties, the Girl Watchers remain fiercely independent-minded and highly principled. Yet as seriously as they've always taken life's challenges, these men have never taken themselves too seriously. The Girl Watchers' wry wisdom is born of collective experience unique to their generation. Growing up in a far more innocent America, they came of age during the Depression, and by their twenties had helped save the world from tyranny. The lessons they learned in those years -- about human resilience, honest effort, and commitment to ideals larger than oneself -- have continued to serve them, and the country, admirably ever since. In the postwar era they became the first in their families to go to college; then, in a new age in which brains, know-how, and perseverance trumped family connections, they helped create a time of unprecedented prosperity. Finally, in mid life, they weathered perhaps their greatest challenge of all: parenthood in the sixties. Now, as they approach the end, they confront mortality and loss with their typical humor and frankness. The Girl Watchers take nothing for granted, knowing that personal fulfillment, like success, is earned incrementally; and that as there are principles worth dying for, so there are others without which life will always be empty. In a cynical age of endless pop psychologizing and a constant search for contentment in the next new thing, their moral clarity and relentless optimism are nothing short of invigorating. What these men have to teach us has never been more important: that honor is not so much an abstraction as a life plan. Read Less

Goodreads reviews for The Girl Watchers Club: Lessons from the Battlefields of Life

How I Accidentally Joined the Vast Right-Wing Conspiracy (an...