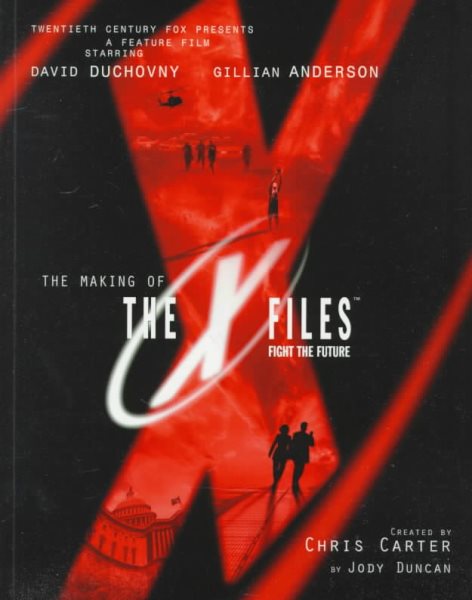 A behind-the-scenes view of the making of the film based on the TV series includes photographs and interviews with cast and crew Read More
"We are close to something here, Scully. . . ."--Fox MulderThe movie is The X-Files, the premiere feature-length film based on the groundbreaking dramatic television series from Chris Carter starring David Duchovny and Gillian Anderson. In this exclusive book, Jody Duncan takes you behind the camera, on location, and into the hearts and minds of the incomparable creator, cast, and crew whose dedication and hard work resulted in a multimillion dollar motion picture--from the preproduction to final cut and finished product--in just one year. How the movie came within ten minutes of not being made The wizardry behind the film&#39;s more than 220 special effects Behind the scenes with David Duchovny and Gillian Anderson What "Blackwood" means What it&#39;s like to work with a swarm of 300,000 bees How the huge, complicated sets were created and filmed-from a snowy ice cap in April to the 115 degree heat of the California Desert in July And much, much more! Whether you&#39;re an X-Phile or a film buff, The Making of the X-Files is you&#39;re exclusive pass to this extraordinary filmmaking achievement. Read Less

Goodreads reviews for The Making of The X-Files Film

The Flintstones: the Official Movie Book