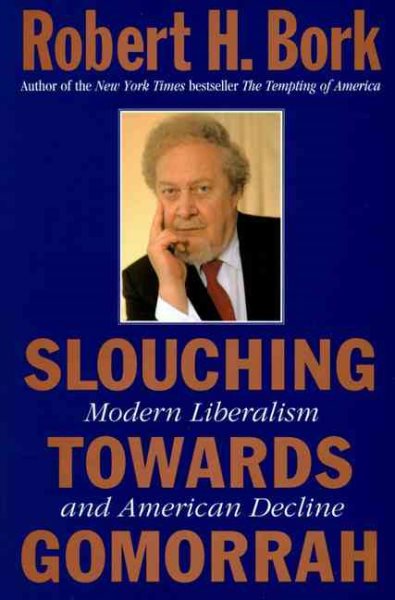 Examining what the author considers the destructive effects of liberalism on our ideals of liberty and equality, a cultural study identifies a national decline in values while focusing on current issues Read More
An indictment against liberalism faulting the left with a moral spinelessness that will lead America into its decline. Bork (former Acting Attorney General) considers radical egalitarianism and individualism as the roots of the evil that allows such horrors as feminism and abortion ("killing for convenience"). The author looks back at the 60s to argue that in those years of political radicalism, the degenerate cultural seeds were sown from which the US will never recover without a concentrated effort to stamp out liberalism wherever it may appear. In paraphrase the argument looks less likely than in the context of Bork's ponderous prose, nevertheless, the core of paranoid conservatism is firmly embedded in the writing. Annotation c. by Book News, Inc., Portland, Or. Read Less

Goodreads reviews for Slouching Towards Gomorrah

The Tempting Of America (The Political Seduction of the Law)