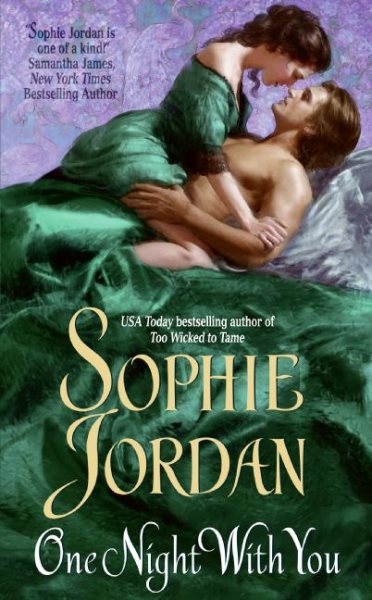 Tired of her servitude to her own family, Lady Jane Guthrie gets the chance to escape--at least for one night--by donning a daring gown to attend a scandalous courtesans's masquerade ball, where she encounters Seth Rutledge, the man she has always loved but who has had eyes only for her title-hungry sister. Original. Read More
Anything can happen after dark . . . Tired of being treated like a servant by her own family, Lady Jane Guthrie finally has a chance to escape . . . at least for one night. Attired in a daring gown, she arrives at a scandalous courtesans' masquerade ball looking forward to her few hours of freedom. But when she sees Seth Rutledge, her skin begins to tingle with anticipation. Many years ago, Seth broke her heart by falling for her beautiful, title-hungry sister. But now here he is, right in front of her, offering her his lips . . . Embittered by war, Seth returns home to inherit the title that would have once won him the woman of his dreams. Though duty demands he wed, he's convinced passion no longer has a place in his life . . . until a masked siren sets his heart aflame. Desperate to find her again, he has no idea it's his childhood friend Jane—and that after one night together their lives will never be the same. Read Less

Goodreads reviews for One Night with You

The Duke Goes Down: The Duke Hunt

The Duke Buys a Bride: The Rogue Files