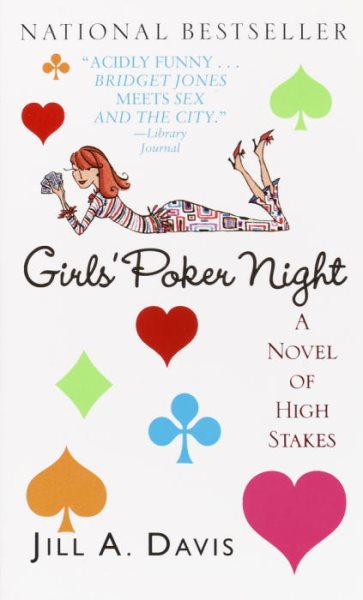 After landing a job as a reporter at the "New York News," Ruby Capote joins three other women for evenings playing poker and finds herself falling for her intriguing and challenging boss, Michael. Read More
Dissatisfied both with writing a “Single Girl on the Edge/Ledge/Verge” column and with her boyfriend, Ruby Capote sends her best columns and a six-pack of beer to the editor of The New York News and lands herself a job in the big city. There, Ruby undertakes the venerable tradition of Poker Night—a way (as men have always known) to eat, drink, smoke, analyze, interrupt one another, share stories, and, most of all, raise the stakes. When Ruby falls for her boss, though, all bets are off. . . . Read Less