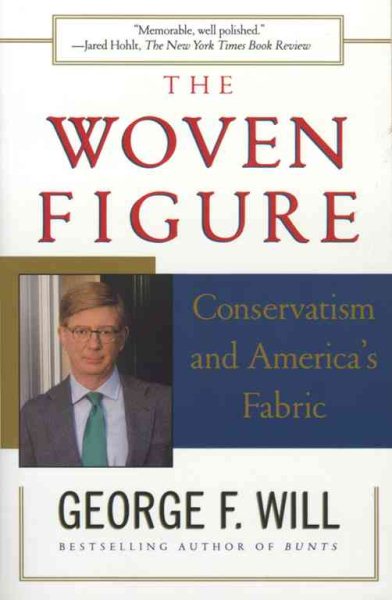 In a collection of essays, the author addresses such topics as inflation, the Gingrich revolution, and the arrogance of government and its inability to correct human nature Read More
Swatches From The Century's End ...I cannot deny my past to which my self is wed, the woven figure cannot undo its thread. Louis MacNeice, "Valediction" These words express a truth of conservatism that has discomfited conservatives in the years covered by this volume. This collection of columns shows how, in the mid-1990s, conservatives fancied themselves poised to conduct a revolution, a radical reorientation of politics and governance. But in the late 1990s, they have discovered how resistant a complex nation is to being undone and rewoven. In this volume, George F. Will, distinguished political columnist and cultural critic, examines many episodes of the conservative tribulations and the liberal accommodations to the new political landscape. These writings present a map of the landscape, a guide for people perplexed by the gap between contemporary political theories and practices. With his customary linguistic flair and acerbic wit, Mr. Will tackles a wide range of subjects, including political correctness on college campuses; extreme fighting; the 1996 presidential campaign; judicial activism; ESPN; and Corvettes. These writings are history written on deadline, and together they constitute a richly woven tapestry of our era. Read Less

Goodreads reviews for The WOVEN FIGURE : CONSERVATISM AND AMERICA'S FABRIC

A Nice Little Place on the North Side: A History of Triumph,...

One Man's America: The Pleasures and Provocations of Our Sin...