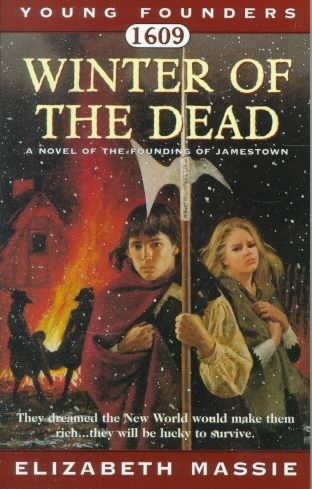 Two orphaned thieves arrive in Jamestown with dreams of a city paved in gold, but instead face the harsh realities of a colony on the verge of collapse Read More
America comes of age--as seen through the eyes of its young foundersNat and Richard are two orphaned thieves on the streets of London. When John Smith offers them passage as laborers on a merchant ship bound for the New World they jump at the opportunity. What luck! The land of Virginia is rumored to be paved with gold. They will be rich! But quickly the boys learn the awful truth: blinded by greed and arrogance, the settlers of the new English colony at Jamestown are unprepared for the brutal reality of frontier life. Inadequate supplies, illness, petty squabbling, malarial summer heat, and bitter winter cold decimate the colony. Those who escape death are reduced to chewing roots and shoe leather to survive--and, in one horrific instance, cannibalizing a corpse.Yet by spring more colonists arrive, dreaming of paradise but finding a colony on the brink of starvation.Through it all Nat and Richard must fall back on their wits to survive. Read Less

Goodreads reviews for 1609: Winter of the Dead: A Novel of the Founding of Jamestown (Young Founders)