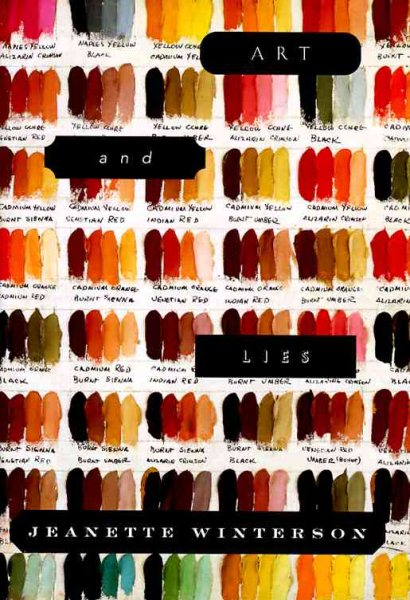 On a high-speed train hurtling through the near future, three passengers come together--Handel, an ex-priest-turned-surgeon whose humanity is sacrificed to intellect; Picasso, an outcast woman comforted only by her painting; and Sappho, the lesbian poet Read More
The novel brings together three apparently disparate figures on a single day in a single place - a high-speed train hurtling through the present or near-future (though the book itself ranges freely over the centuries). Handel is an ex-priest turned surgeon, a man whose humanity has been sacrificed to intellect. Picasso, a young woman cast out by the family that drove her to madness, is comforted only by her painting. And Sappho is the famed lesbian poet of antiquity, as alive as her immortal verse. Each is at once beguilingly symbolic and painfully real, alienated from a brutal technological world and united by Winterson's narrative, which directs them together towards a single end of satisfying inevitability.A story of lust, the unloved and loss, Art & Lies is also a jeremiad upholding the virtues of culture against the cold numbness of modern life. Erudite, impassioned, philosophical and, above all, daring, Winterson enfolds her characters in the ageless beauty of art - with a depth of feeling every bit as dazzling as her rich prose and fierce intellect. Read Less

Goodreads reviews for Art and Lies: A Piece for Three Voices and a Bawd

The Gap of Time: William Shakespeare' The Winter's Tale Reto...

Written on the Body