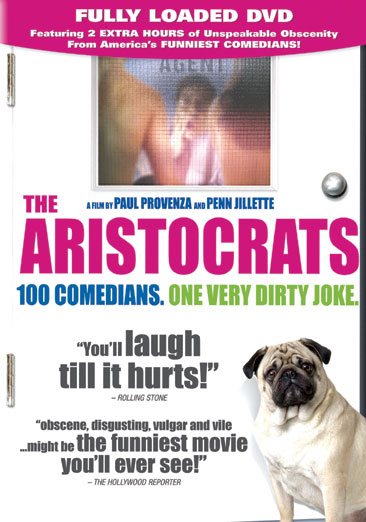 Comedians discuss "The aristocrats" a joke that is passed on from comedian to comedian and often improvised upon, but rarely performed for an audience. Read More
A man walks into a talent agent's office with his family and says, Have I got an act for you! The talent agent replies, So what do you do? So begins The Aristocrats, a joke that is rarely told on stage. This critically acclaimed, star-studded comedy extravaganza, which celebrates the art of improvisation and the finest (and most foul mouthed) traditions of stand-up, is sure to stretch the limits of its audience, particularly for how loud and how long they can laugh. Ultimately, The Aristocrats is an exploration of the workings of the unrestricted comic mind. THINK Film Read Less