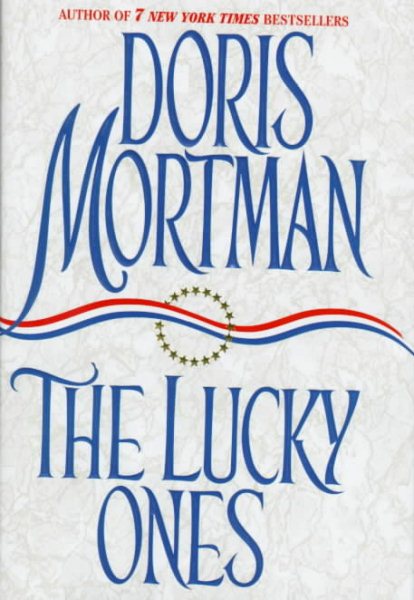 As the presidential campaign heats up, four women--Zoe Vaughn, foreign policy advisor to a widowed Democratic candidate; Republican vice-presidential nominee Georgie Hughes; TV journalist Celia Porter; and Kate Siegel--become caught up in the intrigues and power plays of the election Read More
The Lucky Ones is the sweeping story of four women bound by friendship, secrets, and an invincible will to succeed. As the Presidential election heats up, the stage is set for last-minute power plays and explosive political intrigue as each woman competes in the highly charged, male-dominated arena where winning is everything.Zoe Vaughn has just been named foreign policy advisor to Ben Knight, a widowed Democratic senator making a bid for the Presidency - and Zoe's first love. They met at Harvard, but their ambitions led them down separate paths. Now, twenty years later, their lives once again converge. Yet they both harbor secrets from the world and from each other...secrets their unscrupulous enemies will not hesitate to use against them.Georgie Hughes is a congresswoman from a powerfully connected Texas dynasty. The wife of a philanderer, who has always done what others expected of her, she stuns everyone when she is nominated for Vice President on the Republican ticket. But her illicit love affair could destroy her dreams of office...and unearth a shameful episode from her past.Celia Porter has come a long way from Florida beauty queen to Harvard-educated journalist for a national television network. Having won the coveted spot of chief reporter covering the election, she can't risk having her old sins exposed...even if it means betraying a cherished friend.Kate Siegel is still reeling from the tragedy that rocked her world and estranged her from her husband. Founding a group to protect children against sex criminals was her way of fighting back. But when she is suddenly thrust into the spotlight, she finds herself torn between two of her closest friends from opposing political parties...and between a reconciliation with her husband and a love affair with someone new.Friends Enemies. Lovers. They are all players in a high-stakes game of power and politics only one can win. It is a race that will sweep from Texas to Massachusetts to Washington, D.C., where Ben Knight's boyhood friend - now is most formidable enemy - plots his downfall. It's all here, from the behind-the-scenes power struggles to before-the-cameras spin...from a campaign trail fraught with unexpected reversals and searing betrayals to the final moment of decision between victory and failure. Read Less

Goodreads reviews for The Lucky Ones

Before and Again (Mortman, Doris)