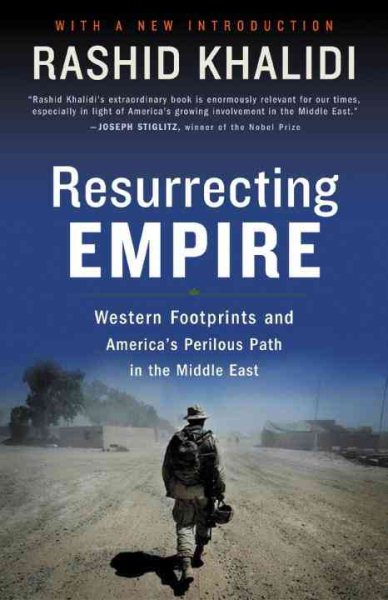 Describes the history of Western involvement in the Middle East and argues that the United States ignores history and is blindly committed to a path that is doomed for failure. Read More
Begun as the United States moved its armed forces into Iraq, Rashid Khalidi's powerful and thoughtful new book examines the record of Western involvement in the region and analyzes the likely outcome of our most recent Middle East incursions. Drawing on his encyclopedic knowledge of the political and cultural history of the entire region as well as interviews and documents, Khalidi paints a chilling scenario of our present situation and yet offers a tangible alternative that can help us find the path to peace rather than Empire.We all know that those who refuse to learn from history are doomed to repeat it. Sadly, as Khalidi reveals with clarity and surety, America's leaders seem blindly committed to an ahistorical path of conflict, occupation, and colonial rule. Our current policies ignore rather than incorporate the lessons of experience. American troops in Iraq have seen first hand the consequences of U.S. led "democratization" in the region. The Israeli/Palestinian conflict seems intractable, and U.S. efforts in recent years have only inflamed the situation. The footprints America follows have led us into the same quagmire that swallowed our European forerunners. Peace and prosperity for the region are nowhere in sight.This cogent and highly accessible book provides the historical and cultural perspective so vital to understanding our present situation and to finding and pursuing a more effective and just foreign policy. Read Less

Brokers of Deceit: How the U.S. Has Undermined Peace in the...