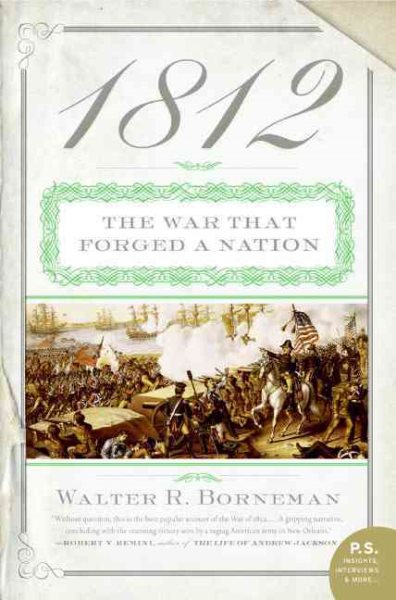 Chronicles the history of the conflict; examines its important role in furthering American independence and subsequent development and expansion; and describes the colorful personalities involved. Read More
Although frequently overlooked between the American Revolution and the Civil War, the War of 1812 tested a rising generation of American leaders; unified the United States with a renewed sense of national purpose; and set the stage for westward expansion from Mackinac Island to the Gulf of Mexico. USS Constitution, "Old Ironsides," proved the mettle of the fledgling American navy; Oliver Hazard Perry hoisted a flag boasting, "Don't Give Up the Ship"; and Andrew Jackson's ragged force stood behind it's cotton bales at New Orleans and bested the pride of British regulars. Here are the stories of commanding generals such as America's double-dealing James Wilkinson, Great Britain's gallant Sir Isaac Brock, Canada's heroine farm wife Laura Secord, and country doctor William Beanes, whose capture set the stage for Francis Scott Key to write "The Star-Spangled Banner." During the War of 1812, the United States cast off its cloak of colonial adolescence and -- with both humiliating and glorious moments -- found the fire that was to forge a nation.This P.S. edition features an extra 16 pages of insights into the book, including author interviews, recommended reading, and more. Read Less

A Climbing Guide to Colorado's Fourteeners