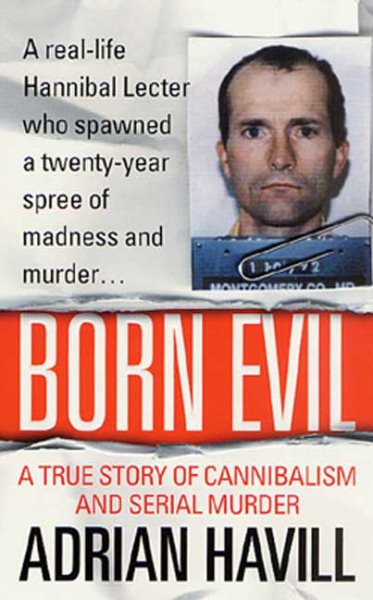 The author of The Monther, the Son, and the Socialite chronicles the bizarre and deadly world of Hadden Clark, who was responsible for a twenty-year spree of madness, gruesome killings, and cannibalism that claimed the lives of more than a dozen women. Original. Read More
Homeless and living in his truck, forty-year-old Hadden Clark often drew stares in Bethesda, Maryland. He also slept with a teddy bear, and, dressed as a woman, strolling through town, he carried 28 carving knives, a straight razor, and a gun in his truck. When the reclusive loner was arrested in 1992 for the stabbing murders of two local girls, no one was surprised. It was after his incarceration that the surprises came, popping up like half-buried corpses.While serving a seventy-year sentence, Hadden confessed to having a split personality, dominated by a psychotic mother and daughter who were vying for attention. He also admitted to murdering at least a dozen more women-- the ones he could remember-- cannibalizing them, using their leftover body parts as fishing bait, and burying their remains everywhere from a local cemetery to a sand dune on Cape Cod. Authorities didn't believe him-- until Hadden took them on a personal four-state tour.Adrian Havill's Born Evil is a terrifying true crime story of split personalities, cannibalism and serial murder. Read Less

Goodreads reviews for Born Evil: A True Story of Cannibalism and Serial Murder

The Spy Who Stayed Out in the Cold: The Secret Life of FBI D...

While Innocents Slept: A Story of Revenge, Murder, and SIDS

The Last Mogul: The Unauthorized Biography of Jack Kent Cook...