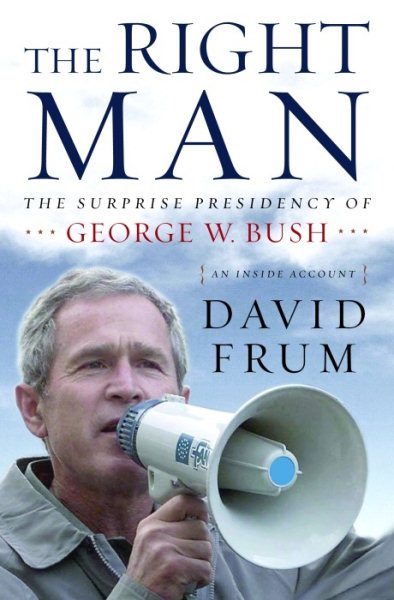 An account of the first year of George W. Bush's presidency explores key events, including his controversial election, the September 11th terrorist attack and its aftermath, and their long-term implications for the United States. Read More
The Right Man is the first inside account of a historic year in the Bush White House, by the presidential speechwriter credited with the phrase "axis of evil."Frum worked with President Bush in the Oval Office, traveled with him aboard Air Force One, and studied him closely at meetings and events. He describes how Bush thinks - what this conservative president believes about religion, race, the environment, Jews, Muslims, and America's future. Frum takes us behind the scenes of one of the most secretive administrations in recent history, with revealing portraits of Karl Rove, Karen Hughes, Condoleezza Rice, and many others. Most significant, he tells the story of the transformation of George W. Bush: how a president whose administration began in uncertainty became one of the most decisive, successful, and popular leaders of our time. Read Less

Goodreads reviews for The Right Man: The Surprise Presidency of George W. Bush, An Inside Account