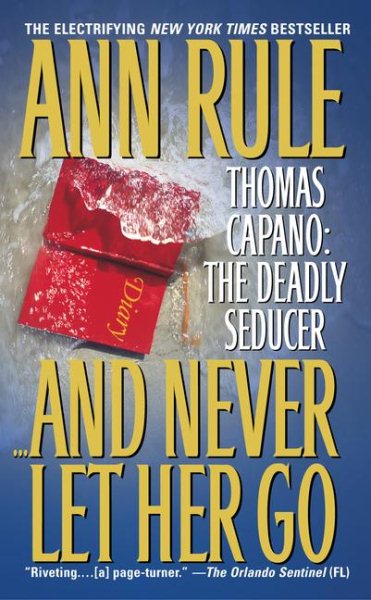 Investigates the murder of Anne-Marie Fahey, secretary to the governor of Delaware, revealing the shocking affair with respected attorney Thomas Capano that eventually led to her death. Read More
The shattering crime story that shocked the nation: the Thomas Capano murder case On a June evening in 1996, 30-year-old Anne Marie Fahey, secretary to the governor of Delaware, vanished without a trace following a restaurant rendezvous with her secret lover of more than two years: Thomas Capano. One of Wilmington's most prominent and respected figures, a millionaire attorney and former state prosecutor, "Tommy" was a charming, softspoken family man. But in the weeks and months that followed Fahey's disappearance, investigators would gradually uncover the shocking truth: Capano was a steely manipulator driven by power and greed -- and capable of brutal murder. In a riveting narrative expertly documented by probing interviews, diary entries, and e-mail correspondence, and with superb insight into the twisted motivations of a killer, Ann Rule chronicles a real-life drama of Shakespearian proportions: ambitions fall, love turns to obsession, family names are tainted, the façade of success crumbles -- and a beautiful but vulnerable young woman pays the ultimate price in a convoluted and deadly relationship. Read Less

Goodreads reviews for And Never Let Her Go: Thomas Capano: The Deadly Seducer