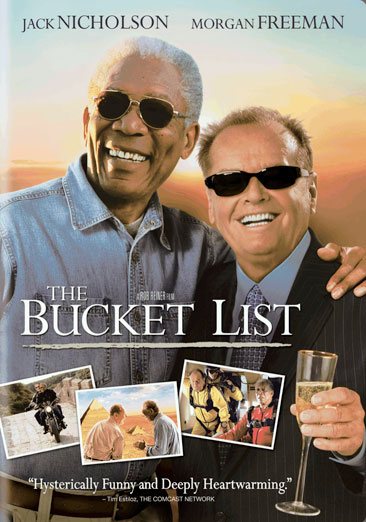 Two terminally ill men with nothing in common except that they share a room in a cancer ward decide make a list of things they always wanted to do and escape to fullfill the wishes on their list. Read More
In The Bucket List cancer doesn't discriminate in its choice of victims. It's equally eager in its attacks on kindly sage of a mechanic Carter Chambers (Freeman) and mean-spirited millionaire Edward Cole (Nicholson). When the unlikely pair shares a room at a hospital they learn that they both have less than a year to live as a result of the deadly disease. Inspired by the words of a college professor Carter begins to make a bucket list of things he wants to accomplish before he dies. With Edward's limitless funds at their disposal the men embark on an adventure that takes them from Egypt to France to Hong Kong crossing items off their list as death grows closer. Read Less