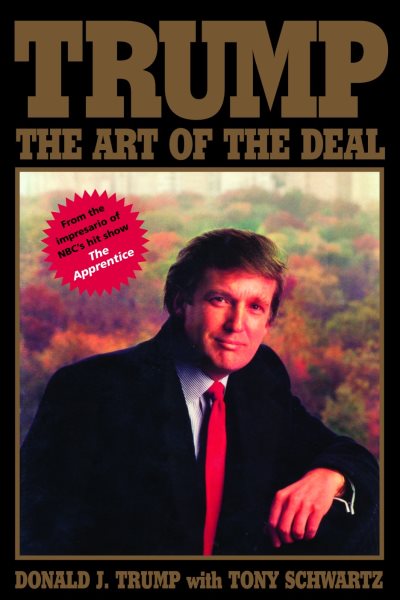 An overview of a week in the entrepreneur's life and opinions on everything from football to New York mayors accompany stories of Trump's best real estate deals and a discussion of the deal maker's art Read More
President Donald J. Trump lays out his professional and personal worldview in this classic work&;a firsthand account of the rise of America&;s foremost deal-maker. &;I like thinking big. I always have. To me it&;s very simple: If you&;re going to be thinking anyway, you might as well think big.&;&;Donald J. TrumpHere is Trump in action&;how he runs his organization and how he runs his life&;as he meets the people he needs to meet, chats with family and friends, clashes with enemies, and challenges conventional thinking. But even a maverick plays by rules, and Trump has formulated time-tested guidelines for success. He isolates the common elements in his greatest accomplishments; he shatters myths; he names names, spells out the zeros, and fully reveals the deal-maker&;s art. And throughout, Trump talks&;really talks&;about how he does it. Trump: The Art of the Deal is an unguarded look at the mind of a brilliant entrepreneur&;the ultimate read for anyone interested in the man behind the spotlight. Praise for Trump: The Art of the Deal &;Trump makes one believe for a moment in the American dream again.&;&;The New York Times &;Donald Trump is a deal maker. He is a deal maker the way lions are carnivores and water is wet.&;&;Chicago Tribune   &;Fascinating . . . wholly absorbing . . . conveys Trump&;s larger-than-life demeanor so vibrantly that the reader&;s attention is instantly and fully claimed.&;&;Boston Herald   &;A chatty, generous, chutzpa-filled autobiography.&;&;New York Post Read Less

Goodreads reviews for Trump: The Art of the Deal

Why We Want You To Be Rich: Two Men  One Message