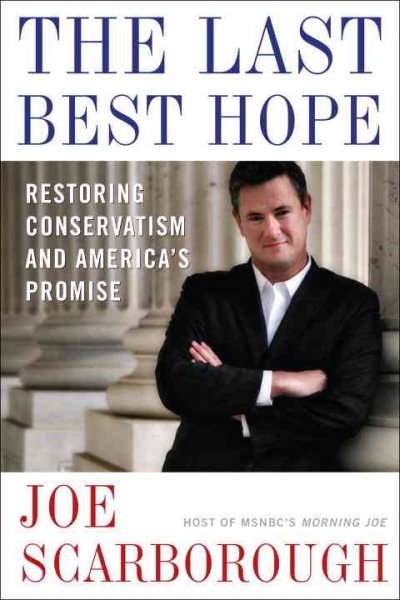 From the host of MSNBC's Morning Joe comes this examination into how conservatism lost its way in America. Original. Read More
In this groundbreaking book, Joe Scarborough tells Republican Party bosses what they don’t want to hear, explains why Democrats are making matters so much worse, and then shows leaders of both parties the way forward.The Last Best Hope draws on the forgotten genius of conservatism to offer a road map for the movement and the country. Delivering a searing indictment of the political leaders who have led us astray, Scarborough inspires conservatives to reclaim their heritage by drawing upon the strength of the movement’s rich history.With independent thinking and straight talk, Scarborough explains:• How Washington and Wall Street conspired to create the housing bubble that caused America’s financial meltdown• How the “candidate of change” has not only maintained but accelerated the reckless spending policies that led us to this historic economic collapse• How Washington’s bailout culture will cripple America’s future if left unchecked• How Barack Obama’s stimulus plan devolved into a socialist spending spree that would make FDR and LBJ shudder• And how conservatives need to take a closer look at Ronald Reagan’s political career before claiming his great legacyA fearlessly argued conservative manifesto that brings American conservatism into the twenty-first century, The Last Best Hope is a must-read for all who care about the direction America is heading. Read Less

The Right Path: From Ike to Reagan, How Republicans Once Mas...

Rome Wasn't Burnt in a Day: The Real Deal on How Politicians...