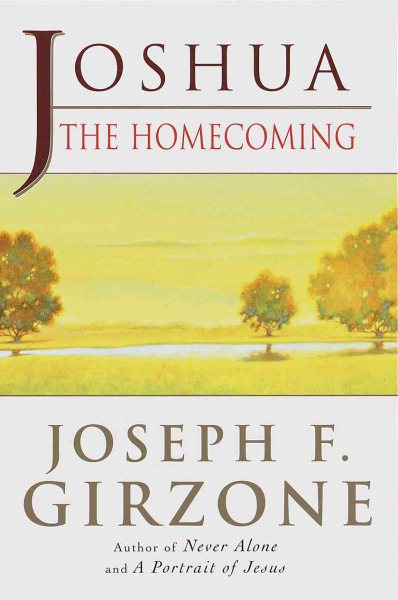 Joshua returns to the town where he first appeared two decades earlier to bring a message of peace and tranquillity to people living in fear of the millennium Read More
Joseph Girzone wrote his parable in 1983 and published it himself with neither accompanying fanfare nor expectation of the extraordinary effect it would have on people around the world. With only word-of-mouth for advertising, and by virtue of its siniple message of love, Joshua became an international force of spiritual strength. after its modest beginnings, Joshua and its sequels have millions of readers around the world and continue to bring hope and peace to all who seek nourishment. When Joshua moves to a small cabin on the edge of town, the local people are at first mystified, then confused by his presence. A quiet and simple man, Joshua appears to seek nothing for himself. He supports himself solely by carpentry and woodworking, and he charges very little for his services. Yet his work is exquisite. Even more exquisite, and even more mysterious, is the extraordinary effect he has on everyone he meets. All who come in contact with him can't help but be transformed by his incredible warmth. The acceptance and love in his eyes and in each actions amazes the townspeople. Who is Joshua and just what is he up to? The answer to that question amazes them almost as much discovery of that same transforming power in each of their own hearts. Read Less

Goodreads reviews for Joshua: The Homecoming

The Parables of Joshua