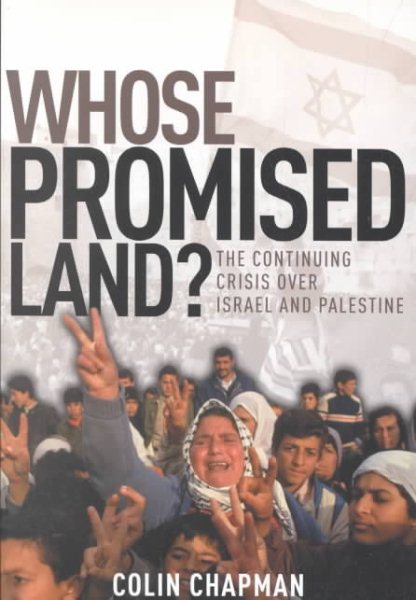 Gain a better understanding of the land conflict between Jews and Palestinian Arabs and its roots in 4,000 years of history, theology, and politics. Read More
Two peoples, Jews and Palestinian Arabs, lay claim to the same piece of land. But who does it really belong to? Scripture, history, and contemporary politics add to the volatile conflict in the Middle East. Whose Promised Land?, now in a fully revised and updated fifth edition, provides an evenhanded approach to this complex dilemma. The book begins with the history of the territory, explaining the development of the conflict and the complexity of the issues. The second section surveys biblical teaching on the theme of the land, both from the Old Testament point of view and the perspective of Jesus and his followers. Building on the analysis of history and the biblical studies, the final part examines the major contemporary forces affecting the conflict today. Unlike many evangelical Christian books on the topic, Whose Promised Land? does not automatically assume a pro-Israel stance, but seeks to present an honest appraisal of modern Israel while clearly delineating the interrelated issues surrounding the crisis in the Middle East. Read Less

Goodreads reviews for Whose Promised Land?

Whose Holy City?: Jerusalem and the Future of Peace in the M...

Whose Promised Land?/Israel or Palestine? What Are the Claim...

The Case for Christianity: Christian Answers to Life Questio...