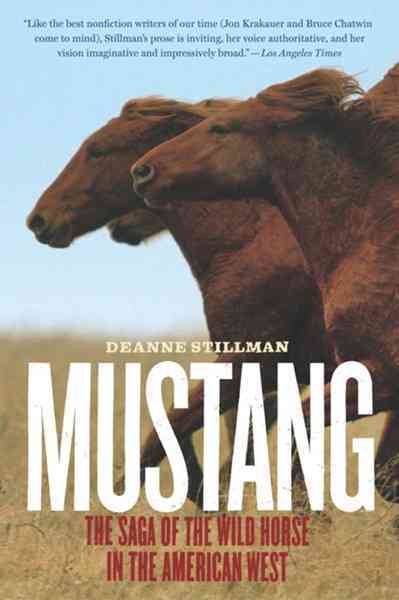 A panoramic study of the role of the wild horse in the history and popular culture of the American West traces the history of the mustang and profiles some notable characters--equine and human alike--in that history. Read More
Mustang is the sweeping story of the wild horse in the culture, history, and popular imagination of the American West. It follows the wild horse across time, from its evolutionary origins on this continent to its return with the conquistadors, its bloody battles on the old frontier, its iconic status in Buffalo Bill shows and early westerns, and its plight today as it makes its last stand on the vanishing range. With the Bureau of Land Management proposing to euthanize thousands of horses and ever-encroaching development threatening the land, the mustang&apos;s position has never been more perilous. But as Stillman reveals, the horses are still running wild despite all the obstacles, with spirit unbroken. "Like the best nonfiction writers of our time (Jon Krakauer and Bruce Chatwin come to mind), Stillman's prose is inviting, her voice authoritative, and her vision imaginative and impressively broad." (Pam Houston, Los Angeles Times) Read Less

Goodreads reviews for Mustang: The Saga of the Wild Horse in the American West

Blood Brothers: The Story of the Strange Friendship between...

Desert Reckoning: A Town Sheriff, a Mojave Hermit, and the B...

Twentynine Palms: A True Story of Murder, Marines, and the M...