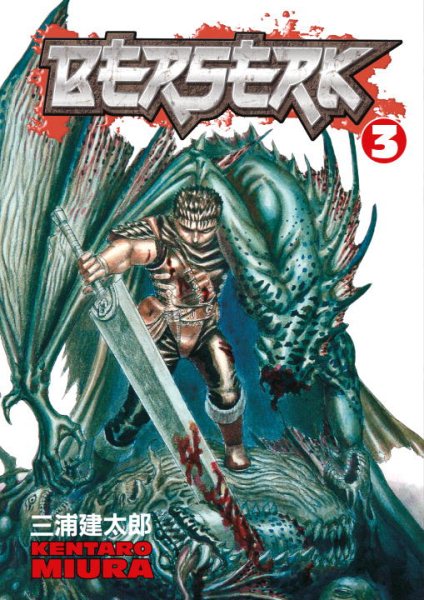 Guts, the Black Swordsman, is marked with the Brand, which draws the forces of evil to him, but, with a gigantic sword and an elf companion, Guts battles the damned with a vengeance. Read More
Guts, the feared Black Swordsman, finishes his desperate battle with the monstrous Count, cutting and blasting him to gory scraps when the presence of the Count's daughter makes the monster hesitate. But Guts won't even have the time to clean his gigantic sword when the Count's dying pleas activate the Behelit, summoning the five God Hands, demon lords of immeasurable power. Guts' journey so far has been a long road of pain and death, but that's a walk in the park compared to fighting his way out of Hell itself! Read Less