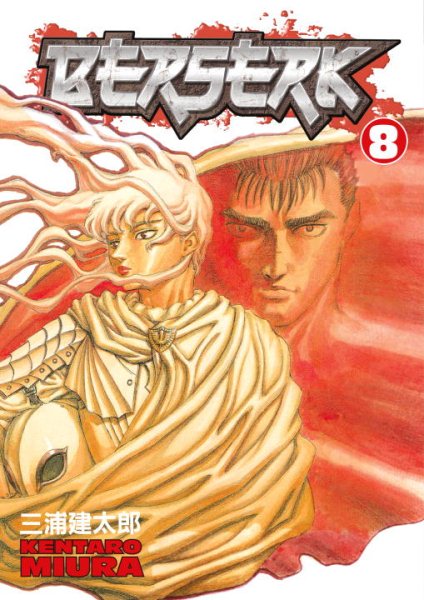 Guts, the Black Swordsman, is marked with the Brand, which draws the forces of evil to him, but, with a gigantic sword and an elf companion, Guts battles the damned with a vengeance. Read More
The century-spanning war between Midland and Chuder continues unabated. The two warring kingdoms, vying for supremacy, launch headfirst into what will become the final battle. Leading the Midland forces are the Band of the Hawk, lead by the charismatic Griffith, with the fearless Guts as his trusted champion. But should the Hawks triumph again on the battlefield, the war with Chuder may end, but the secret war within Midland may begin as those who seek to rise within the court see the ambitious Griffith as an obstacle to obtaining power. And nothing is more formidable than an enemy unseen! Read Less