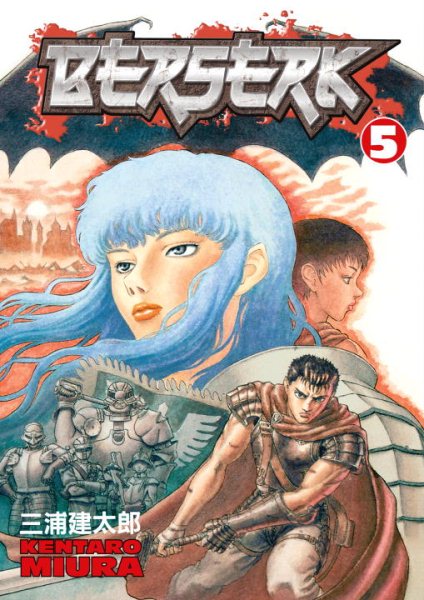 Guts, the Black Swordsman, is marked with the Brand, which draws the forces of evil to him, but, with a gigantic sword and an elf companion, Guts battles the damned with a vengeance. Read More
He is Guts, the Black Swordsman, a warrior of legendary prowess — relentless, fearless, merciless. As cold and brutal as the iron of the massive sword he wields. Bent on revenge against the unholy forces that have branded him for sacrifice, but especially on Griffith, one of the demon lords of the Godhand. But Griffith was once a man, the leader of the Hawks, a renowned cadre of elite fighters with a young Guts as its fiercest champion. Though forged in a crucible of cruelty and violence, nothing could prepare Guts for a confrontation with Nosferatu Zodd, a superhuman beast who slaughters Guts’ comrades as easily as a scythe cuts wheat. Even Guts and Griffith are no match for the abomination’s power...but something Griffith wears around his neck may well be! Read Less