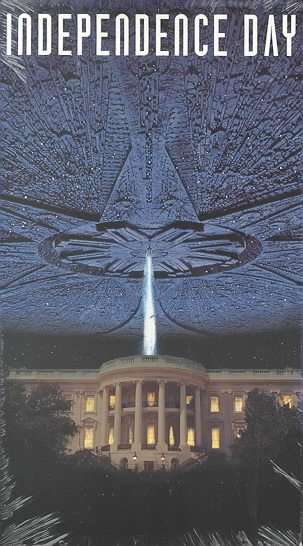 A jet jockey, a science nerd, the U.S. president, and other diverse survivors of a massive attack on earth join forces to defeat the aliens before they can achieve total victory. Read More
The year's No. 1 film invades home video. Resistance is futile. The explosive box-office phenomenon was the fastest film in history to reach $100 million at the box office and is currently the sixth biggest box-office hit of all time. Hotshot pilot WillSmith, computer genius Jeff Goldblum and President Bill Pullman lead the charge against the invading alien armies. Read Less