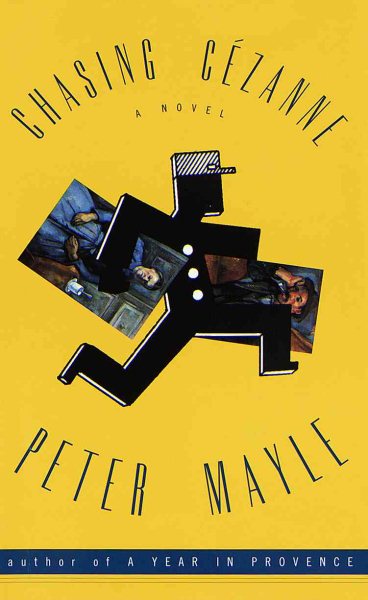 At work in the South of France on the magazine "Decorating Quarterly," photographer Andre Kelly stumbles upon a plumber loading a Cezanne into his truck and sets off on the trail of the culinary delights of France in pursuit of a wicked art scam Read More
Hanky-panky on the international art scene is the source of the hilarity and fizz in Peter Mayle's new novel. He flies us back to the south of France (a region some readers of his irresistible best-sellers believe him to have invented), on a wild chase through galleries, homes of prominent collectors, and wickedly delectable restaurants. There are stopovers in the Bahamas and England, and in New York, where that glossiest of magazines, Decorating Quarterly, reflects the cutting-edge trendiness of its editor, Camilla Jameson Porter. (Camilla has recently broken new ground in the world of power lunches by booking two tables on the same day, and shuttling between them, at the city's trendiest restaurant.)It is Camilla who has sent our hero, Andre Kelly, to Cap Ferrat to take glamorous photo-graphs of the houses and treasures of the rich, famous, and fatuous. He happens to have his camera at the ready when he spots a Cézanne being loaded onto a plumber's truck near the home of an absent collector. Odd, thinks Andre. And in no time he's on the trail of a state-of-the-art art scam, chasing Cézanne.It's a joy to follow him and the crowds intent on speeding or foiling his quest--including a beautiful agent; a super-savvy art dealer attracted to the finer things in life, especially if they promise the payoff of a lifetime; an awesome Dutch forger; some outstandingly greedy New York sophisticates; and, invisible in the background, the parade of remarkable chefs whose mouthwatering culinary masterpieces periodically soothe the hero and tantalize the reader of Chasing Cézanne. Read Less

Where Did I Come From?: An Illustrated Childrens Book on Hum...

A Year in Provence

What's Happening to Me? A Guide to Puberty