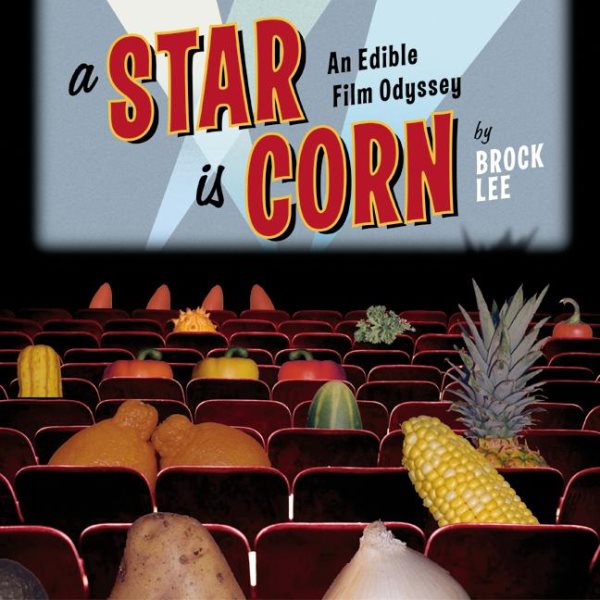 A tongue-in-cheek tour of Hollywood offers humorous facts alongside depictions of more than thirty elaborate vegetable sculptures that parody key scenes from such movies as Titanic, Apocalypse Now, and Star Wars. Read More
Move over, Judy Garland! It's about time vegetables got some credit -- movie credit,that is. A Star Is Corn is a fresh take on the movie industry, taking us on a tour of Hollywood with more than thirty movie scenes and posters -- from Pinocchio to Austin Powers, starring honeydew melons, onions, butternut squash, and plenty more. Who would have thought that a red potato with features fashioned from radish and eggplant could have passed for Marlon Brando in Apocalypse Now? Or that a winter squash and a couple of endive leaves could be Yoda's spitting image?In addition to these hilarious scenes, there are tips on how to create your own veggie sculptures as well as deliciously funny commentary on the little-known vegetable-movie connections. From Kirk Douglas in 'Sparagus to Russell Crowe in Gladi-Tater, from Shirley Temple in The Little Kernel to Meg Ryan in You've Got Kale, A Star Is Corn brings you Hollywood as you've never seen it before -- just don't forget the popcorn. Read Less

Goodreads reviews for A Star Is Corn: An Edible Film Odyssey

Getting to Yes: Negotiating Agreement Without Giving In