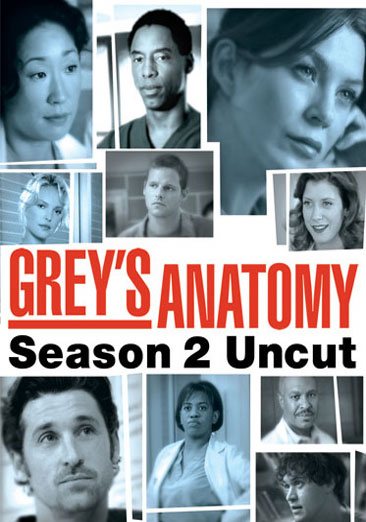 Comedic look at the often complicated personal life and career of medical intern Meredith Grey, and her fellow interns at Seattle Grace Hospital. Read More
This release contains every episode from the show's well received second season, picking up right where the first left off, with Meredith discovering that her boyfriend, Derek, has been hiding the fact that he's married. Shocked and betrayed, Meredith embarks on a messy healing process that involves angry shouting matches and a string of one-night stands. As usual, the show avoids taking itself too seriously by interjecting serious themes with lighthearted dialogue and humorous medical emergencies. Rounding out the already impressive ensemble cast are new characters like Derek's wife (Walsh) and new love interests for most of the cast. While the season contains plenty of laughs, it keeps the intensity up as well, and ends on a decidedly somber note. Read Less