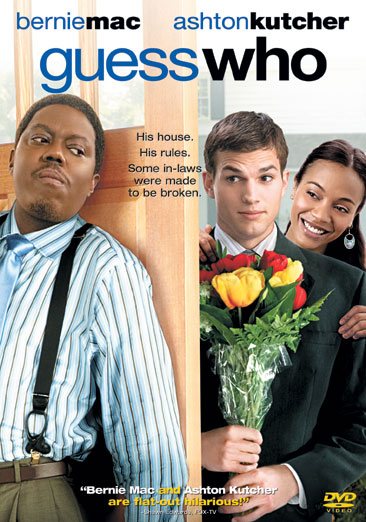 When Theresa bring her white boyfriend home to meet her family her father Percy tries to discourage the relationship. Read More
Bernie Mac is Percy Jones, a wealthy black banker who has an overbearing love for his family, is about to host a lavish party at his sprawling New Jersey home in celebration of his 25-year wedding anniversary to Marilyn (Scott). His daughter Theresa (Saldana) is coming home for the occasion, and she's bringing her new boyfriend, Simon Green ( Kutcher). Theresa has neglected to mention that her new beau is white, however, and the formidable Percy is in for a surprise. Matters are further complicated because Simon has recently lost his job, and he struggles to keep the family from finding out. As unrest spreads, causing tension in the days leading up to the party, Simon and Theresa face uncertainty in their relationship while Percy and Marilyn suffer difficulties of their own. Read Less

What Happens in Vegas (Widescreen Edition)