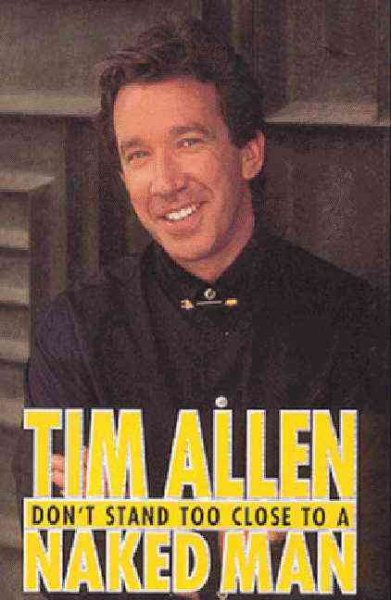 Takes a light-hearted look at the differences beween the sexes, growing up male in the United States, sexuality, marriage, cars and other machinery, and other topics Read More
The comic who's a guy's guy is now a bookseller's dream. The star of ABC's Home Improvement, the #1 show on television, Tim Allen has written the book millions have been awaiting--the naked truth about his outlook on life, love, and lathes. Allen's movie debut this November in The Santa Clause is certain to generate additional media attention. Line drawings. Read Less

Goodreads reviews for Don't Stand Too Close to a Naked Man