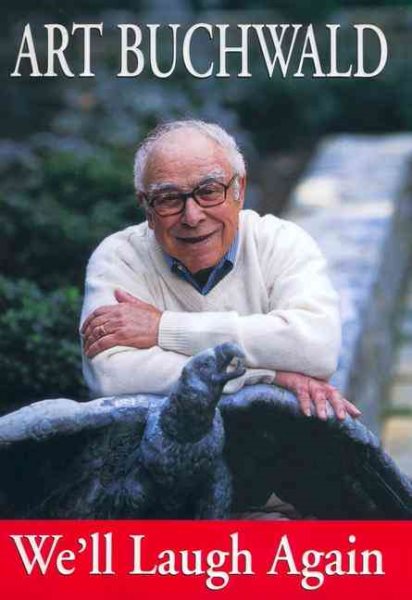 A critical and humorous examination of the 1990s considers such topics as the pharmaceutical industry, HMOs, tax cuts for the tobacco industry, reality TV, Bill Gates, cheating at MIT, and Viagra. Read More
After September 11, everyone said that irony was dead and that you couldn't make fun of anything anymore. Well, the good news is that humor has come back - and with a vengeance. Art Buchwald, the dean of American satirists, has just produced his thirty-second book.Mr. Buchwald has been writing his column since 1949 - first in Europe for the Herald Tribune, where he was court jester to the International Set. Since, 1962, he has been a pain in the ass to every president from John F. Kennedy to George W. Bush. In this collection of columns, Buchwald writes about George W. Bush and Bill Clinton. But he does not limit himself to politics (see column on Monica Lewinsky). He claims that Viagra changed Bob Dole's life (see column on sexual dysfunction), and deals with such rip-offs as drug companies, airlines, tax cuts, and how the working class is in charge of the middle and upper classes. Read Less

...AND THEN I TOLD THE PRESIDENT The Secret Papers of Art Bu...

And Then I Told the President