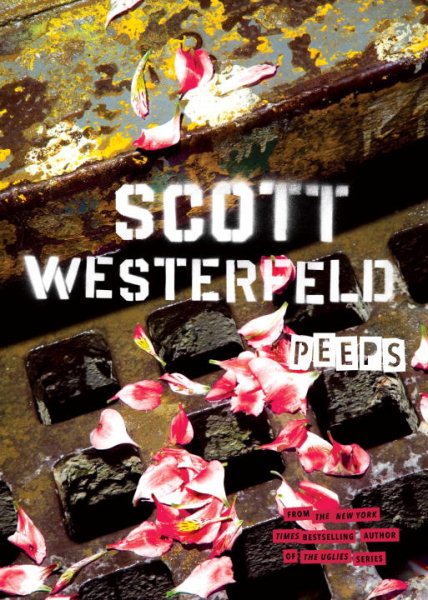 Cal Thompson is a carrier of a parasite that causes vampirism, and must hunt down all of the girlfriends he has unknowingly infected. Read More
A year ago, Cal Thompson was a college freshman more interested in meeting girls and partying than in attending biology class. Now, after a fateful encounter with a mysterious woman named Morgan, biology has become, literally, Cal's life.Cal was infected by a parasite that has a truly horrifying effect on its host. Cal himself is a carrier, unchanged by the parasite, but he's infected the girlfriends he's had since Morgan. All three have turned into the ravening ghouls Cal calls Peeps. The rest of us know them as vampires. It's Cal's job to hunt them down before they can create more of their kind. . . .Bursting with the sharp intelligence and sly humor that are fast becoming his trademark, Scott Westerfeld's novel is an utterly original take on an archetype of horror. Read Less