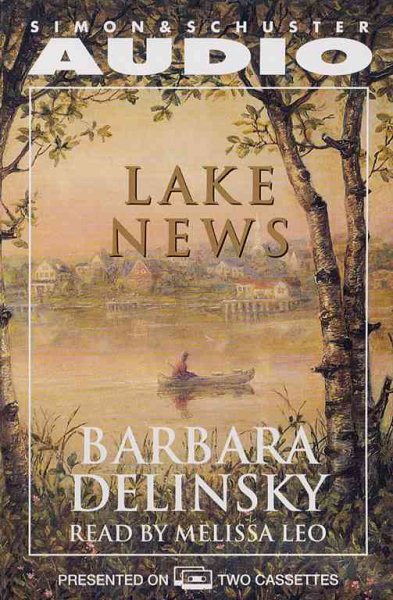 Lily Blake, forced home to small-town Lake Henry, New Hampshire, after being unfairly smeared by a journalist, begins a partnership with John Kipling, a local newspaper publisher, as both try to heal their wounds and find community. Read More
At the center of Lake News is Lily Blake, a talented singer who shuns the limelight and cherishes her privacy. Tricked by a devious reporter into unwittingly giving an interview about her friendship with a newly-appointed cardinal, she finds herself accused of having had an affair with him. Shocked and dismayed, Lily becomes a pariah as headlines all across the country proclaim her guilt. Hounded by the press, fired from her job, deprived of all public freedom, Lily has no choice but to return in secret to her hometown of Lake Henry, in a remote, beautiful part of New Hampshire. But, idyllic as it may look, Lake Henry, too, has its secrets. Some were the cause of her leaving home in the first place, so returning to her birthplace and her family is not without its own stress and pain. Driven by the need to exact justice -- and, for herself, some kind of closure -- from the media that changed her life forever, Lily forms an uneasy alliance with John Kipling, a journalist whose successful career as a big-city reporter had ended disastrously, sending him back to his hometown to edit the local newspaper, Lake News. At first he sees Lily as a victim, as well as a subject for the book he hopes to write. But soon she becomes someone whose appeal -- and cause -- he cannot deny, even at the risk of taking on his former colleagues in her defense. Set against the physical beauty of New Hampshire and against the complex web of family life and relationships in a small town, Lake News moves triumphantly toward a surprising and deeply satisfying conclusion. Read Less