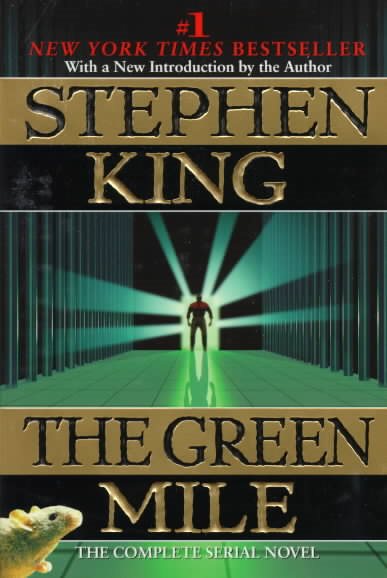 Tells the story of John Coffey, a death row inmate who exhibits supernatural powers that make the guards and prisoners around him reexamine their lives Read More
At Cold Mountain Penitentiary, along the lonely stretch of cells known as the Green Mile, killers as depraved as the psychopathic "Billy the Kid" Wharton and the possessed Eduard Delacroix await death strapped in "Old Sparky." Here guards as decent as Paul Edgecombe and as sadistic as Percy Wetmore watch over them. But good or evil, innocent or guilty, none have ever seen the brutal likes of the new prisoner, John Coffey, sentenced to death for raping and murdering two young girls. Is Coffey a devil in human form? Or is he a far, far different kind of being? Read Less

Goodreads reviews for The Green Mile