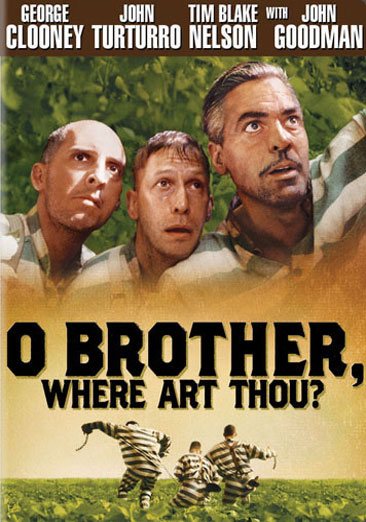 Three convicts escape the chain gang to find a stolen treasure, but end up having a series of strange adventures. Read More
This is a Coen brothers movie, so when three escaped convicts are told by a prophetic blind man that they will see a cow floating by on a roof, you can be sure that they will. George Clooney earned a Golden Globe for his rollicking performance as Ulysses, who escapes a Depression-era chain gang to stop his wife from getting remarried, using the lure of a bogus hidden treasure to secure the services of two fellow convicts. The chart-topping soundtrack launched a revival of American roots music. Read Less