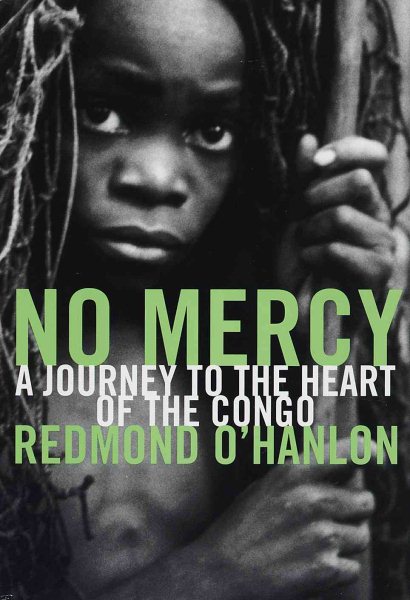 The author describes his dangerous odyssey into the Congo in search of a dinosaur-like creature, documenting his encounters with Africa's flora and fauna, its fascinating people, and the political and social problems afflicting the region Read More
Redmond O'Hanlon has journeyed among headhunters in deepest Borneo with the poet James Fenton, and amid the most reticent, imperilled and violent tribe in the Amazon Basin with a night-club manager. This, however, is his boldest journey yet. Accompanied by Lary Shaffer - an American friend and animal behaviorist, a man of imperfect health and brave decency - he enters the unmapped swamp-forests of the People's Republic of the Congo, in search of a dinosaur rumored to have survived in a remote prehistoric lake.The flora and fauna of the Congo are unrivalled, and with matchless passion O'Hanlon describes scores of rare and fascinating animals: eagles and parrots, gorillas and chimpanzees, swamp antelope and forest elephants. But as he was repeatedly warned, the night belongs to Africa, and threats both natural (cobras, crocodiles, lethal insects) and supernatural (from all-powerful sorcerers to Samale, a beast whose three-clawed hands rip you across the back) make this a saga of much fear and trembling. Omni-present too are ecological depredations, political and tribal brutality, terrible illness and unnecessary suffering among the forest pygmies, and an appalling waste of human life throughout this little-explored region. Read Less

Goodreads reviews for No Mercy: A Journey to the Heart of the Congo

In Trouble Again: A Journey Between Orinoco and the Amazon

Into the Heart of Borneo