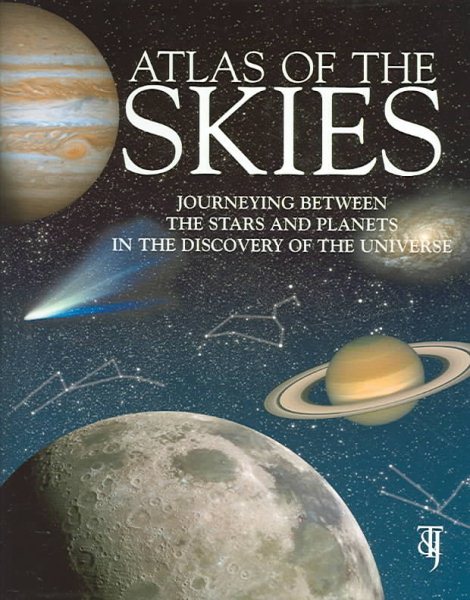 Nowadays we have stopped watching the sky. We are so submerged by our towns’ lights, constantly busy... Read More
Nowadays we have stopped watching the sky. We are so submerged by our towns’ lights, constantly busy, hypnotized by the television, that we hardly have time to contemplate the sky at night.We forget the stars’ beauty, the planet’s slow sliding, the lunar rhythms and the rotations of planets, season after season. This book is here to capture people’s imagination through pictures, and to stimulate the reader to regain an interest in the stars, which was part of people’s daily life less than one century ago. It teaches us how to use binoculars to discover the Moon and the stages of Venus, and allows one to find their own constellation of the zodiac. It keeps us fascinated by this science, the first real science of man, as was the case with thousands of studious and keen people all those years ago; it allows one to have a closer look at the universe thanks to a modern and powerful machines and gives one the opportunity to see the Sun, the planets and the stars too, in a different and unexpected way. It enables one to discover the existence of evanescent waves and galaxies about which we can only voice a theory of a beginning and an end. It is not just a dry text book but also one of philosophy of how this information could have been gathered together, what are the certainties and the limits, and where to find help and future indications to make a link with our own horizons.This book was neither written for people who work in this sector nor for the adepts of astrology.This book was conceived for those who don’t like formulae and for those who are interested in the sciences and the world in general and may have been put off by the harsh teaching methods at school.It’s a book made for those who would like to spend an evening with the Infinite or their spend their holidays in rediscovery of the dark skies of isolated towns, a distant, strange and silent world which one is able to understand better and discover more of each day. easy to understand with stories about astronomy and spatial researches, from the most easily observable objects in the darkness to the most recent astrological knowledge.• 48 celestial cards concerning 3 different areas of the north and south allow plotting the most beautiful constellations in the night anywhere you are. Those reproduce at midnight the Milky Way of Equinox and Solstice but that also allows one to represent the sky, at 11.00 pm as it was 15 days before, at 10.00 pm as it was 30 days before or at 9.00 pm as it was 45 days before. In the same way, at 1.00 am it is possible to produce it as it will be the next 15 days, at 2.00 am as it will be the next 30 days or at 3.00 am as it will be the next 45 days.• The 7 best pictures of the moon will allow anyone to reproduce the most important satellite formations using just a simple set of binoculars: first, a moving passage through the sky. Simple suggestions and indications allow one to quickly recognise and reproduce the main constellations and to complete some of the more delicate ones with a telescope. A website and bibliography will mean that the reader can further expand their horizons in the future.• The glossary and the analytic index allow one to either quickly clarify any eventual problems which are linked to the terminology, or to easily spot a subject. Read Less

Goodreads reviews for Atlas of the Skies