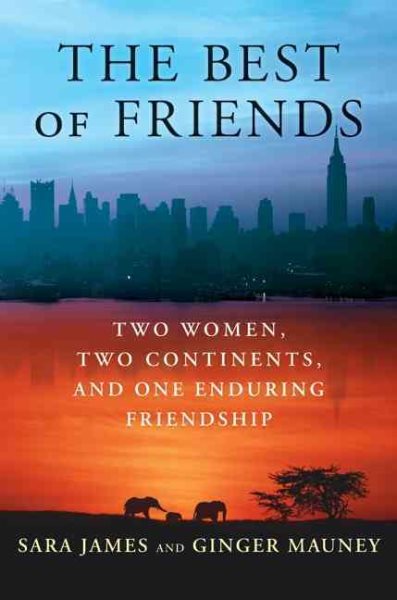 An NBC news correspondent and a documentary filmmaker trace the story of their long-standing friendship and their many shared interests, from their childhood hometown and choice of on-the-edge careers to their love of children and similar tastes in men. Read More
From sharing secrets as children to chasing unconventional dreams as adults, network correspondent Sara James and wildlife filmmaker Ginger Mauney explore their learning curve on life through the lens of their thirty-year friendshipTransplanting southern roots to southern Africa, Ginger Mauney has earned the acceptance of a troop of baboons, unraveled mysteries of life and death in an elephant herd, and raised her young son in the wilds of Namibia—but has often felt the pull of the country she once called home. As a local television anchor, Sara James paid her own way to cover the war in Nicaragua, a gamble that later propelled her to NBC. At the network, James exposed slavery in Sudan and plunged to the gravesite of the Titanic, but struggled to balance her demanding career with marriage and motherhood.Though the two lead seemingly opposite lives, there is much they share: a hometown in Richmond, Virginia, an attraction to life on the razor's edge, a weakness for men with foreign passports and accents, and a past. Now, in their heartfelt memoir, Mauney and James alternately narrate the story of how, they, two women separated by thousands of miles, have found themselves bound together through temperament, circumstance, and serendipity. The Best of Friends uses the example of their lives to explore such universal questions as: When your heart is broken, how do you heal? How do you realize your dreams without compromising yourself? How do you tame ambition to make room for love and family? And what does it mean as an adult to be a "best" friend?The Best of Friends is James and Mauney's story, but it is also the story of so many women in their twenties, thirties, and forties who, with the help of friends, dared to reinvent their lives just when it seemed that everything was falling apart. Read Less

Goodreads reviews for The Best of Friends: Two Women, Two Continents, and One Enduring Friendship